The Spanish Queen Letizia has always been praised for her superb clothing in every time that she appears, she can show her unique style. The dress of the Spain Queen is not as bold and exaggerated as Megan, nor like Princess Kate is as rigid and monotonous. Letizia is always able to grasp this size just right.

On April 23rd, local time, the Queen of Spain and the King of Spain attended the awards ceremony held in Alcala de Canares. Letizia once again proved her impeccable style of dressing. On the same day, the Spanish Queen Letizia took the arm of King Felipe, and the scene of the love of two people was really enviable. The height of the king is close to two meters, so the 1.7 meters is also very petite in front of her husband.

On the same day, Letizia chose such a suit with a lilac-purple coat and skirt which is extremely noble. Recently, the kings of the European royal family seem to like this kind of light purple color. Like the two days before, Princess Kate chose a set of lilac-purple coats. This elegant color is very unique and temperament in the colorful spring. Letizia’s clothes are made of double-faced cashmere, and the inner lining is the purple with a deeper color and the light purple outside, so the purple with different saturation constitutes a particularly noble queen. 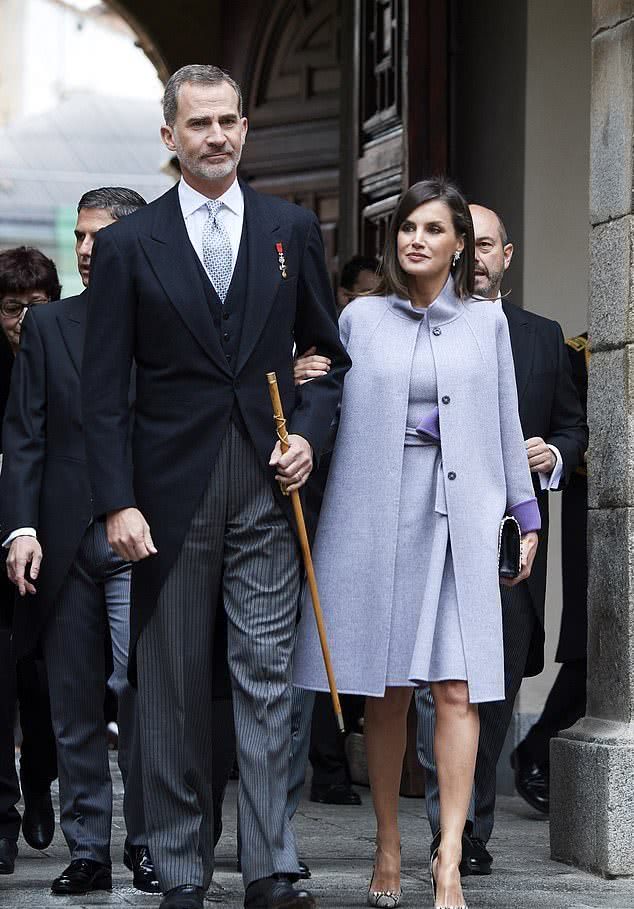 And this kind of double-faced velvet can also create a flowing feelings, the inner dress with a belt to outline the waist of Letizia. Letizia changed the hair style of the middle point, the hair style of the side is more gentle, and the face of Letizia is more tough, so that such a light purple can bring some gentleness to the tough face line.

Letizia is also very accurate in grasping the popular fashion elements. She is wearing a snakeskin bag and snakeskin high heels on the same day. Many people think that the elements of snakeskin are not suitable for formal occasions. However, after wearing and matching this, Letizia did not violate the sense of harmony. On the contrary, it even more feminine, because the snakeskin elements have the wild beauty.

Letizia’s makeup was also very light on the day, with such a lilac coat. She is like this smoky makeup to create her own makeup. Her face is still manage very well, but her eyes are still a lot more wrinkles. After all, the queen is 46 years old, and the white hair is gradually growing out. The 51-year-old King Felipe is really handsome. The long tuxedo with such vertical stripes of pants, King Felipe smashed Letizia in the past was also breaking the royal tradition, in fact, the second marriage of Megan to join the British royal family is not the first time! Letizia, a former anchor of the Spanish TV station, attracted by the Crown Prince Felipe with her own charming. We can draw some inspiration from the Letizia’s coat. In particular, the cuffs can be turned over in this way, and the layering is immediately revealed. The double-faced cashmere is also very particular about the color. The purple with different saturation creates a gradual feeling, while the purple is a romantic reminder. Lavender is full of dreamy feelings. 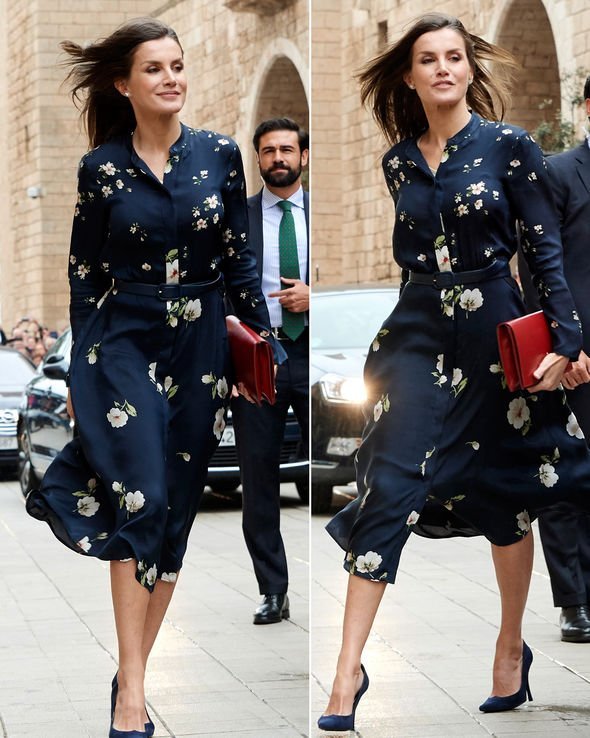 In the first two days, Letizia appeared in a flowing floral dress, and the walking style of Letizia was domineering! Blue high heels and blue skirts, the color is always so coordinated who can not pick a little bit of trouble. 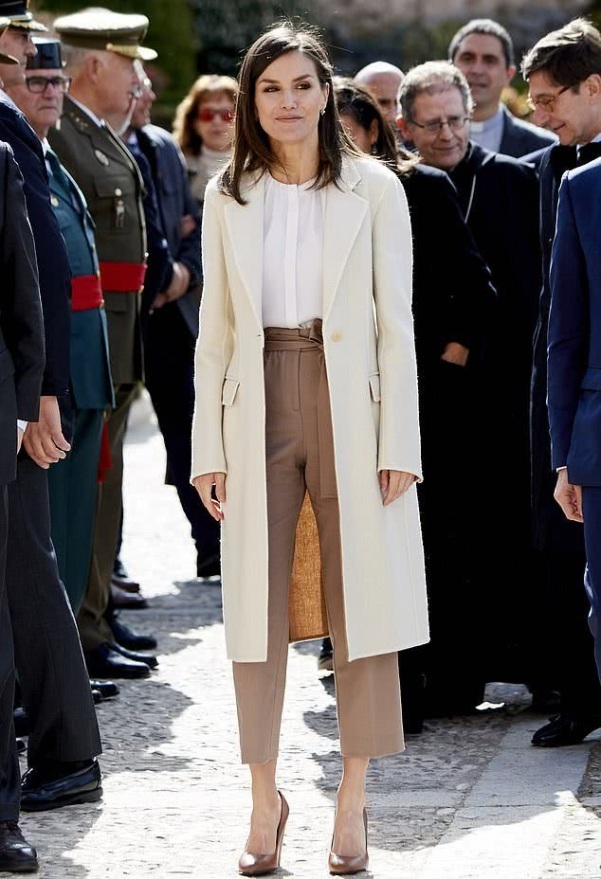 However, I still prefer Letizia to wear such a light-colored coat. This time, with 7-point pants, it is also a camel-style high-heeled shoes. The camel color is also a unique style. In fact, it is the choice of the same color, it is easy to show a sense of quality!46-year-old Spanish queen lilac purple cashmere coat fresh and noble, snake skin pattern plus points