On March 27th, the fall and winter of 2019 Shanghai Fashion Week was officially opened. The theme of “Review” was to explore the theme of the return of the Chinese fashion industry to nature and its original intention. After 16 years of Shanghai Fashion Week, after improving the ecosystem, this year began to focus on creating a global fashion voice.

Back in 2003, Shanghai Fashion Week was founded from zero. In 2015, it introduced the core trading links of fashion week such as showroom and trade show. After five years of spiral growth, Shanghai Fashion Week has become the most influential fashion industry in China. The most extensive domestic fashion event that connects the world’s fashion resources.

Under the framework of the consumption upgrade era, Shanghai Fashion Week has also become a witness to the rapid development of the fashion industry. After five years of continuous cultivation and accumulation, 2019 Shanghai Fashion Week was further concentrated with the concept of “Global Fashion New Product Launch”.

From the bold and innovative Reebok to VIVIENNE TAM, which has returned to Shanghai, the world’s first concept has been continuously strengthened.

On March 13, 2019, Adidas Group released the fourth quarter financial report for 2018, in which the financial report showed that Reebok achieved a turnaround and contributed a net profit of over 150 million. In terms of market segments, Adidas and Reebok’s total sales achieved a 15% growth in North America and Asia Pacific, while growth in the Asia Pacific region was mainly driven by a 23% increase in the Chinese market.

Reebok’s “The Other Side is the exception” theme, calling “World Premiere” in Shanghai. Reebok was born in 1895. In the 1990s, Reebok was once famous for its innovative design. With the three technologies of Pump, Hexalite and DMX, you can even compete with Nike.

After being acquired by Adidas in 2006, Reebok has been looking for new power points.

Reebok sales fell by 3% in the first quarter of 2018 after a 4.4% increase in Reebok sales in 2017. In the face of the sports market that has been unable to broaden the situation, Reebok’s selection of Shanghai Fashion Week for the launch is remarkable.

Chad Wittman, vice president of Reebok’s Asia Pacific brand and general manager of Greater China, said that “most international brands are only focusing on bringing western fashion into the East, Reebok ‘reversely’, coming to the East All absorb the emerging trend power here.” As the largest and most influential contemporary fashion platform in China, Reebok chose to participate in Shanghai Fashion Week to reveal its firm expectations that China will become a frontier force influencing the world’s fashion, as well as a strategic plan for deepening the Chinese market.

In addition, it is worth mentioning that Shanghai Fashion Week not only slowly carries the global voice platform, but also the incubator of new fashion designers. This time, Reebok chose Shanghai to start with the BOF China Prize to promote the cross-border cooperation between China’s young design rookies and create a new exclusive limited edition shoes. This also fully demonstrates that the direct result of Shanghai Fashion Week is to create a global fashion business system.

It is worth mentioning that Vivienne Tam condenses the characteristics of the Chinese fashion industry. In the 1980s, Vivienne Tam was alone in New York. In the era when Chinese elements were still not hot, she created the same name brand VIVIENNE TAM in 30 years, and also allowed New York Fashion Week to recognize her “Chinese story” in fashion language. Vivienne Tam’s clothes are designed with a large number of oriental and modern colors, and her unique cultural experience is her brand. 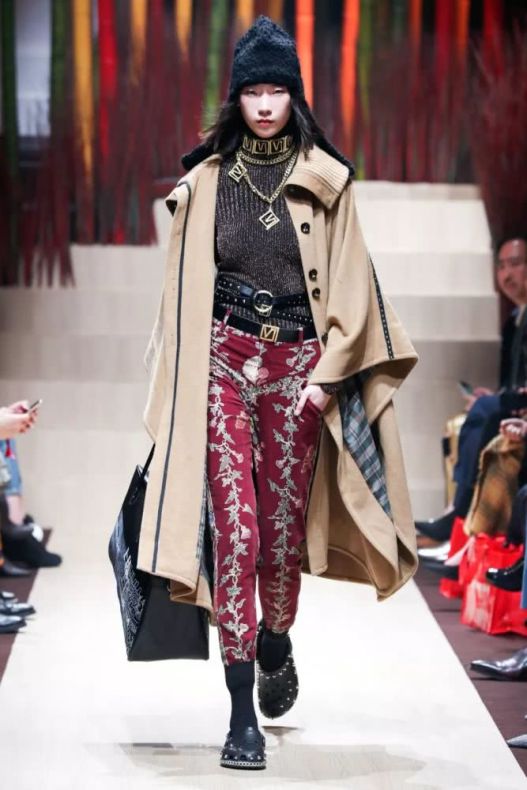 Inspired by SHERO, this 2019 autumn and winter Shanghai Fashion Week Vivienne Tam is inspired by the ancient heroes of the scarves and reinvents the modern female image. As an important representative of Shanghai culture, the cheongsam element has been reinterpreted by the designer and transformed into a bridge between modern women and traditional culture.

Vivienne Tam returned from New York to Shanghai, and some insiders analyzed: After her, there will be more designers to choose Shanghai’s world premiere.

In Vivienne Tam’s opinion, she wants to find her roots through Shanghai Fashion Week. She loves everything related to China, and only in Chinese culture who can inspire her creative inspiration. Shanghai Fashion Week is becoming an important window for the export of Chinese fashion culture.

In addition to Reebok and VIVIENNE TAM selected as the world’s new products in Shanghai Fashion Week, Jenny Packham, a designer brand favored by King Kate of the United Kingdom, Faith Connexion, a new French design brand, and NICOLE MILLER, a favorite of New York and other national actresses. Quantitative products are all launched in Shanghai Fashion Week this season.

It is worth mentioning that Shanghai Fashion Week is also getting the attention of the world’s top buyers. Ida Peterson, the world’s leading buyer of Browns buyer, made a special trip to Shanghai to start her first trip to China. The increasingly diversified and internationalized Shanghai Fashion Week symbolizes new life and vitality for a TOP buyer who has mastered the lifeline of the global fashion market.

Ida Peterson told the doorway FASHION that many good young designers should realize that in China, in Shanghai Fashion Week, they can start a design career instead of debuting in New York, London, just in Shanghai, the works of emerging designers. Can be concerned by the international market, which means that more and more young designers will come to Shanghai in the future. At the same time, forming a benign ecological closed loop, Shanghai Fashion Week will also gather more global fashion discourse rights in the next five years.

Not long ago, LVMH Group announced that its brands such as Louis Vuitton, Dior, Rimowa, and Berluti participated in the Expo in Shanghai in November 2019. It is reported that the LVMH Group regards the Expo as one of the most important “public relations events” to explore the Chinese market. It is worth mentioning that in the 2018 Shanghai Expo, LVMH Group’s participating brands attracted more than 1 million exhibitors.